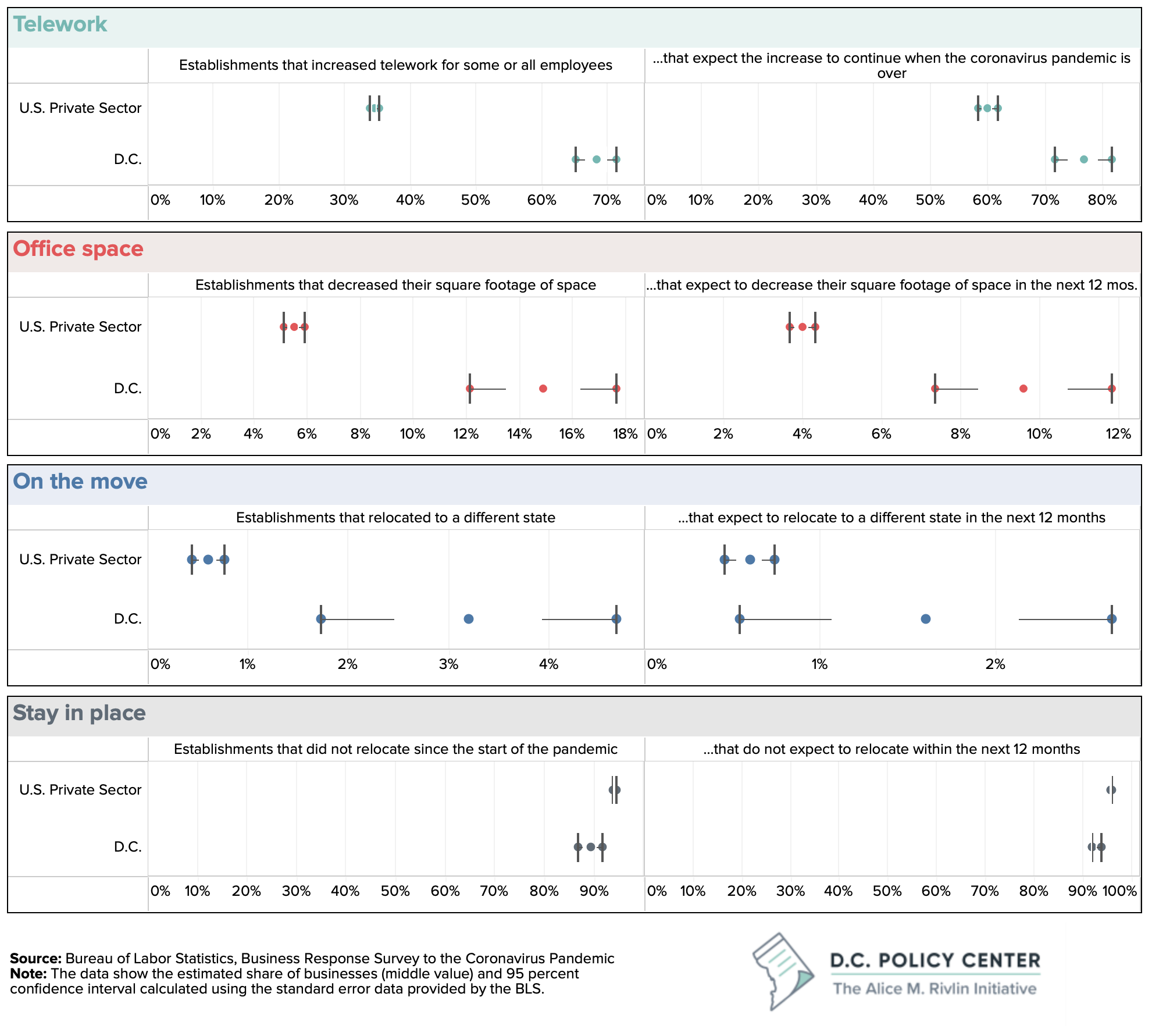 D.C. establishments have also been quicker to shrink their office footprints: 15 percent of District establishments report reducing their square footage since the beginning of the pandemic, compared to 6 percent across the country. And another ten percent expect to do so in the next year, compared to 4 percent across the country. This information corroborates our recent finding that commercial property values could further decline because of future increases in vacancy rates.

A larger share of establishments moved out of the District to a different state (3 percent) compared to the share of establishments that changed states across the entire country (under 1 percent). This translates into 975 business establishments. This is an area where comparing D.C. to other states could be tricky since a rather a short-distance move can land an establishment in a different state or jurisdiction in our region. But it also highlights the competitive pressures the city faces as a small, administratively separate jurisdiction in the middle of a large, fractured, but competitive metropolitan area.1

These data suggest that telework will likely expand in the coming year and continue breaking down the relationship between where people live and where they work. And these data are important because they show employers have adjusted their expectations to plan for a future where an increasing share of employees work remotely. And this affects how they hire, where they locate, and how much office space they take. So far, trends are working against cities that are large employment districts, like the District of Columbia.